You can publish whatever you want in the Offcanvas Section. It can be any module or particle.

You can also add the hidden-phone module class suffix to your modules so they do not appear in the Offcanvas Section when the site is loaded on a mobile device.

The Latest Thinking in Psychology 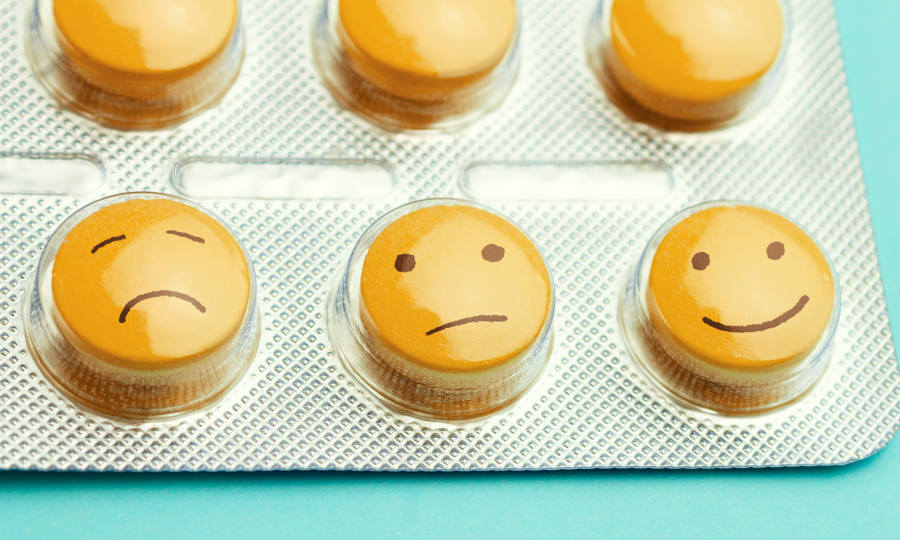 For three decades, people have been deluged with information suggesting that depression is caused by a “chemical imbalance” in the brain – namely an imbalance of a brain chemical called serotonin. However, our latest research review shows that the evidence does not support it.

Although first proposed in the 1960s, the serotonin theory of depression started to be widely promoted by the pharmaceutical industry in the 1990s in association with its efforts to market a new range of antidepressants, known as selective serotonin-reuptake inhibitors or SSRIs. The idea was also endorsed by official institutions such as the American Psychiatric Association, which still tells the public that “differences in certain chemicals in the brain may contribute to symptoms of depression”.

Countless doctors have repeated the message all over the world, in their private surgeries and in the media. People accepted what they were told. And many started taking antidepressants because they believed they had something wrong with their brain that required an antidepressant to put right. In the period of this marketing push, antidepressant use climbed dramatically, and they are now prescribed to one in six of the adult population in England, for example.

For a long time, certain academics, including some leading psychiatrists, have suggested that there is no satisfactory evidence to support the idea that depression is a result of abnormally low or inactive serotonin. Others continue to endorse the theory. Until now, however, there has been no comprehensive review of the research on serotonin and depression that could enable firm conclusions either way.

At first sight, the fact that SSRI-type antidepressants act on the serotonin system appears to support the serotonin theory of depression. SSRIs temporarily increase the availability of serotonin in the brain, but this does not necessarily imply that depression is caused by the opposite of this effect.

There are other explanations for antidepressants’ effects. In fact, drug trials show that antidepressants are barely distinguishable from a placebo (dummy pill) when it comes to treating depression. Also, antidepressants appear to have a generalised emotion-numbing effect which may influence people’s moods, although we do not know how this effect is produced or much about it.

There has been extensive research on the serotonin system since the 1990s, but it has not been collected systematically before. We conducted an “umbrella” review that involved systematically identifying and collating existing overviews of the evidence from each of the main areas of research into serotonin and depression. Although there have been systematic reviews of individual areas in the past, none have combined the evidence from all the different areas taking this approach.

One area of research we included was research comparing levels of serotonin and its breakdown products in the blood or brain fluid. Overall, this research did not show a difference between people with depression and those without depression.

Research on the serotonin “transporter”, that is the protein which helps to terminate the effect of serotonin (this is the protein that SSRIs act on), also suggested that, if anything, there was increased serotonin activity in people with depression. However, these findings may be explained by the fact that many participants in these studies had used or were currently using antidepressants.

We also looked at research that explored whether depression can be induced in volunteers by artificially lowering levels of serotonin. Two systematic reviews from 2006 and 2007 and a sample of the ten most recent studies (at the time the current research was conducted) found that lowering serotonin did not produce depression in hundreds of healthy volunteers. One of the reviews showed very weak evidence of an effect in a small subgroup of people with a family history of depression, but this only involved 75 participants.

Very large studies involving tens of thousands of patients looked at gene variation, including the gene that has the instructions for making the serotonin transporter. They found no difference in the frequency of varieties of this gene between people with depression and healthy controls.

Some of the studies in our overview that included people who were taking or had previously taken antidepressants showed evidence that antidepressants may actually lower the concentration or activity of serotonin.

Not supported by the evidence

The serotonin theory of depression has been one of the most influential and extensively researched biological theories of the origins of depression. Our study shows that this view is not supported by scientific evidence. It also calls into question the basis for the use of antidepressants.

Most antidepressants now in use are presumed to act via their effects on serotonin. Some also affect the brain chemical noradrenaline. But experts agree that the evidence for the involvement of noradrenaline in depression is weaker than that for serotonin.

There is no other accepted pharmacological mechanism for how antidepressants might affect depression. If antidepressants exert their effects as placebos, or by numbing emotions, then it is not clear that they do more good than harm.

Although viewing depression as a biological disorder may seem like it would reduce stigma, in fact, research has shown the opposite, and also that people who believe their own depression is due to a chemical imbalance are more pessimistic about their chances of recovery.

It is important that people know that the idea that depression results from a “chemical imbalance” is hypothetical. And we do not understand what temporarily elevating serotonin or other biochemical changes produced by antidepressants do to the brain. We conclude that it is impossible to say that taking SSRI antidepressants is worthwhile, or even completely safe.

If you’re taking antidepressants, it’s very important you don’t stop doing so without speaking to your doctor first. But people need all this information to make informed decisions about whether or not to take these drugs.

Joanna Moncrieff is a co-investigator on a National Institute of Health Research funded study exploring methods of antidepressant discontinuation. She is co-chair person of the Critical Psychiatry Network, an informal and unfunded group of psychiatrists and an unpaid board member of the voluntary group, the Council for Evidence-based Psychiatry.

Mark Horowitz is co-founder of a company aiming to help people safely stop unnecessary antidepressants in Canada. He is an (unpaid) associate of the International Institute of Psychiatric Drug Withdrawal (IIPDW) and a member of the Critical Psychiatry Network